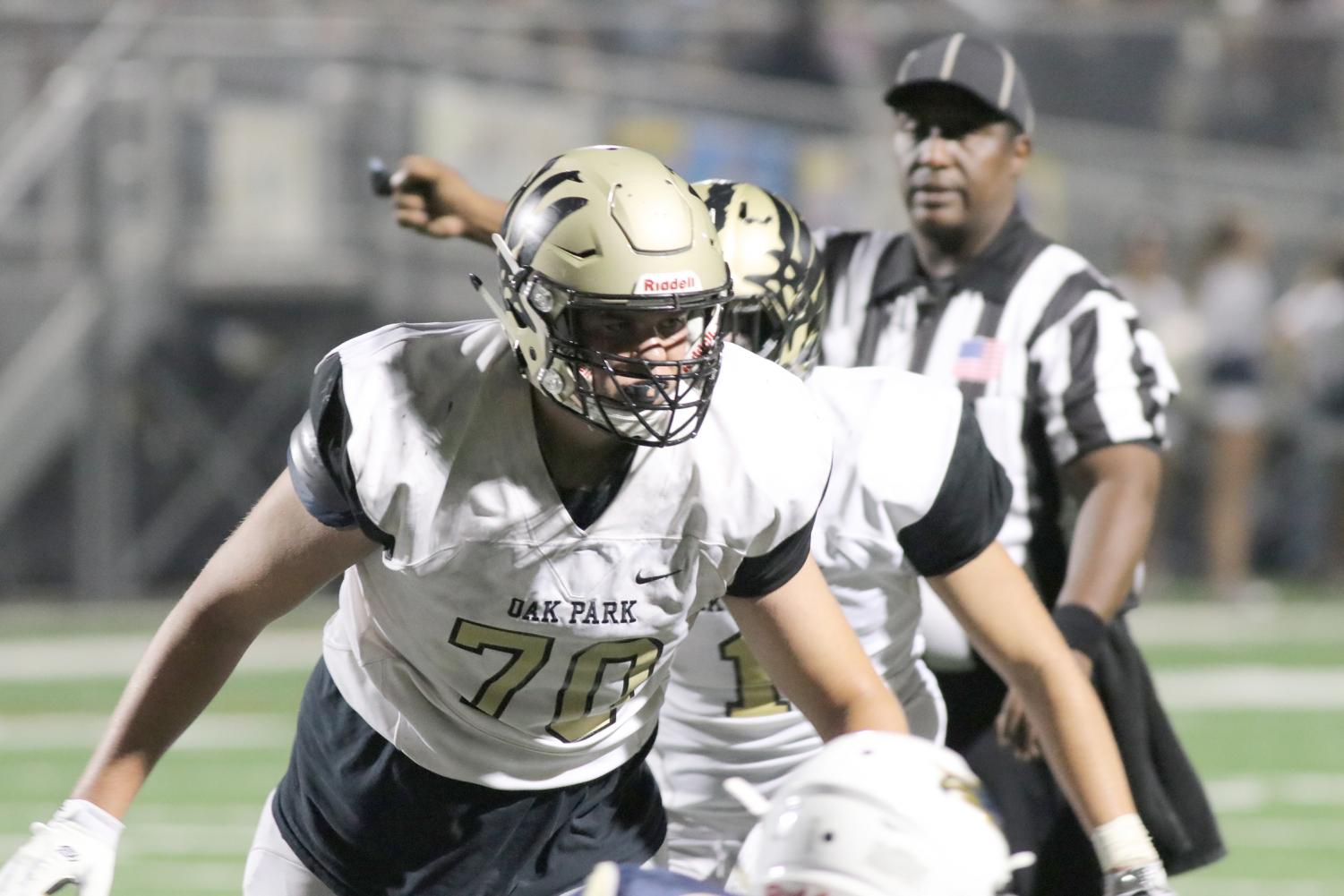 Webb: 'That's the best part of this experience any time with a kid: seeing them reach dreams they never thought were reachable.'

“I think when you’re sized 6’4 and [you] move well and [you’ve] got good feet, good hands, that’s very attractive to a lot of schools,” football coach Casey Webb said.

Coach Webb mentioned that Lee knows how to turn the switch on and off and understands when his intensity is needed on and off the field.

“He’s our heart and soul,” Webb said. “We roll with him on offense. We run to his side. We game plan with him and on defense he’s just an animal. Two people are required to block him at all times, so that’s nice.”

Lee traveled throughout the United States to visit the colleges he was considering.

[Cornell] was just incredible. There was no reason for me not to commit.”

Lee said his visit to the Cornell campus was ultimately a deciding factor of where to commit.

“[Cornell] was just incredible. There was no reason for me not to commit,” Lee said. “The players were amazing, the campus was amazing — everything was just perfect about it.”

Lee explained that while he may be in the process of recruitment, he will not be an immediate starter.

“Right off the bat, I’m not expecting to play a lot [because the players] are the best kids from their teams across the country,” Lee said. “I might be the best player here, not to be that guy, but there are obviously other players. Hopefully I’ll get a few reps first couple years and then over time I’ll develop into a starter and get some playing time.”

Lee started playing football when he five years old, but said he only began to enjoy it after several years of experience.

“I didn’t even know what football was, but [my parents] were like, ‘Hey, this is a good sport, you should play it,’” Lee said. “So I played it for a couple years, didn’t really like it, but then once I started getting into the tackling part of football — because when you’re [young] you play flag — I was like, ‘Oh, this is kinda fun because you can hit kids.’”

Senior and teammate Noah Joseph has been friends with Lee for the entirety of high school and watched his recruitment journey from start to finish.

Once I started getting into the tackling part of football … I was like, ‘Oh, this is kinda fun because you can hit kids.’”

“It just makes you feel good because you know this kid, you grew up with him, you’re super close friends and you’re just proud [because] you see all the work that he puts in and it’s just great because he totally deserves it,” Joseph said.

“I’m so happy for him and it’s so cool that like, dang, one of my closest friends, he’s doing so well and he’s getting looked at by colleges. It’s really special,” McDonnell said.

According to Coach Webb, the past three years of hard work are paying off for Lee.

“We all love [watching Lee get recruited because] three years ago we would have never known whether he would play college football or not and here we are,” Webb said. “That’s the best part of this experience any time with a kid: seeing them reach dreams they never thought were reachable.”