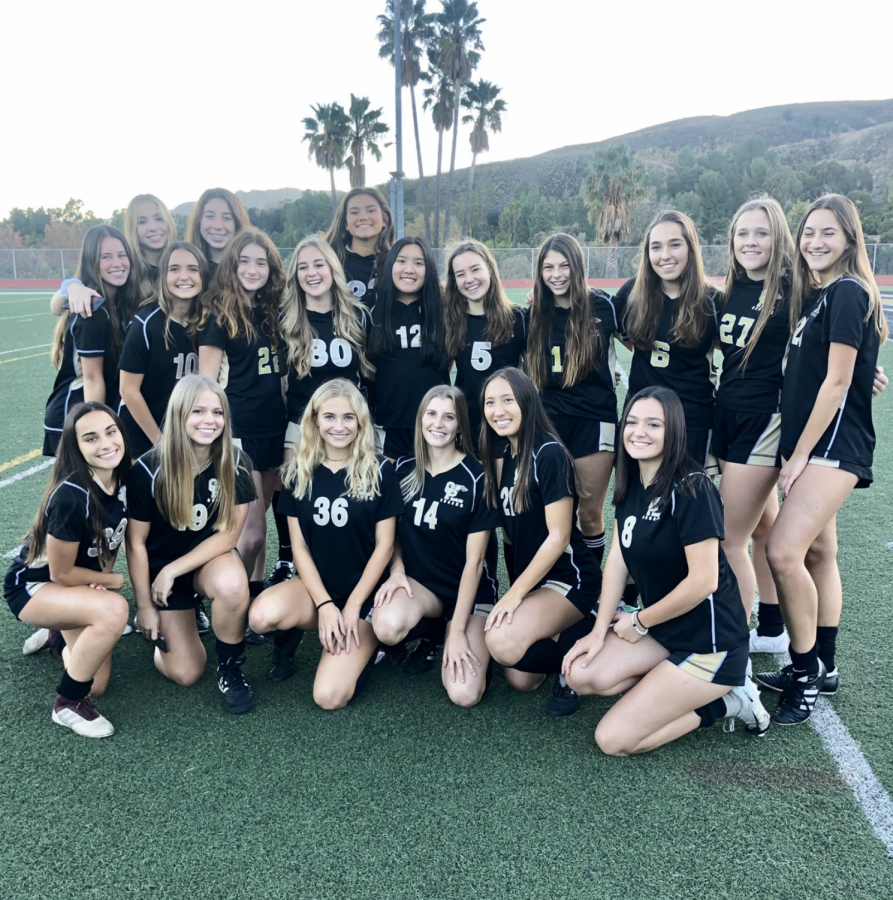 The girls’ varsity soccer team will continue their season into the first round of CIF playoffs after finishing in third place in the Coastal Canyon League.

After a successful preseason with an overall record of 9-2, the OPHS Varsity Girls’ Soccer team kicks off Coastal Canyon League play, winning three out of their first four games.

Despite facing challenging opponents, the team is ranked first in the league, as of Jan. 29.

“Oak Park is in Division 3 for soccer while many teams in our league are in Division 2, creating additional challenges for us, but none that we are unable to overcome,” junior center and outer mid player Amanda White said.

A formal class for the team was introduced during this year to give players more time on the field and to make scheduling easier.

“The 6th-period soccer class has been a tremendous benefit to the girl’s soccer program. The during school practice allows us to meet earlier in the season without any club soccer or other extracurricular conflicts,” said coach Kathryn Klamecki.

Players believe that this has also been incredibly beneficial in building team chemistry.

“I think what made us successful during preseason was our ability to truly connect as a team on and off the field. This year we had a 6th-period soccer class during first semester, and having extra time together before season allowed us to form close friendships and build our style of play,” senior fullback Julianne Dunn said.

Technical training is not the only factor that is important to success in these games. Motivation and attitude the day of the game also have an impact on the way that the game plays out.

“A lot about the game’s results are based on how we start the game. If we come out lacking energy, it’s hard to find the energy and motivation throughout the game,” White said. “The difficult thing about these games is that the score doesn’t reflect what actually happened, and just one missed opportunity or one mistake on our part can cost us quickly.”

The team’s strategy has remained generally the same as it was earlier in the season, with a few new additions throughout the year.

“We’ve stuck by our formation (4-5-1) for almost the entire season but have been developing new set plays — for instance corners or free kicks, that have created new opportunities on the field,” White said.

The team’s success is a result of a combination of commitment, chemistry, and motivation, and has been reflected in league play. The team recently beat Agoura High School, who beat them in the last game of the 2018-2019 season.

“Playing Agoura was awesome. We went into overtime and beat them out with golden goal. It was a really eye-opening moment for me because I remember last year we played Agoura for the last game in season, and we went into overtime but they beat us. I realized how far we had come as a team, and how all of our hard work had paid off,” junior goalkeeper Chloe Merino said.

“Chloe Merino, our goalie, is incredibly talented and hardworking like no one I’ve ever seen before. Our back lineup has great speed, while our midfielders and forwards are outstanding at controlling the ball and keeping our possession,” White said.