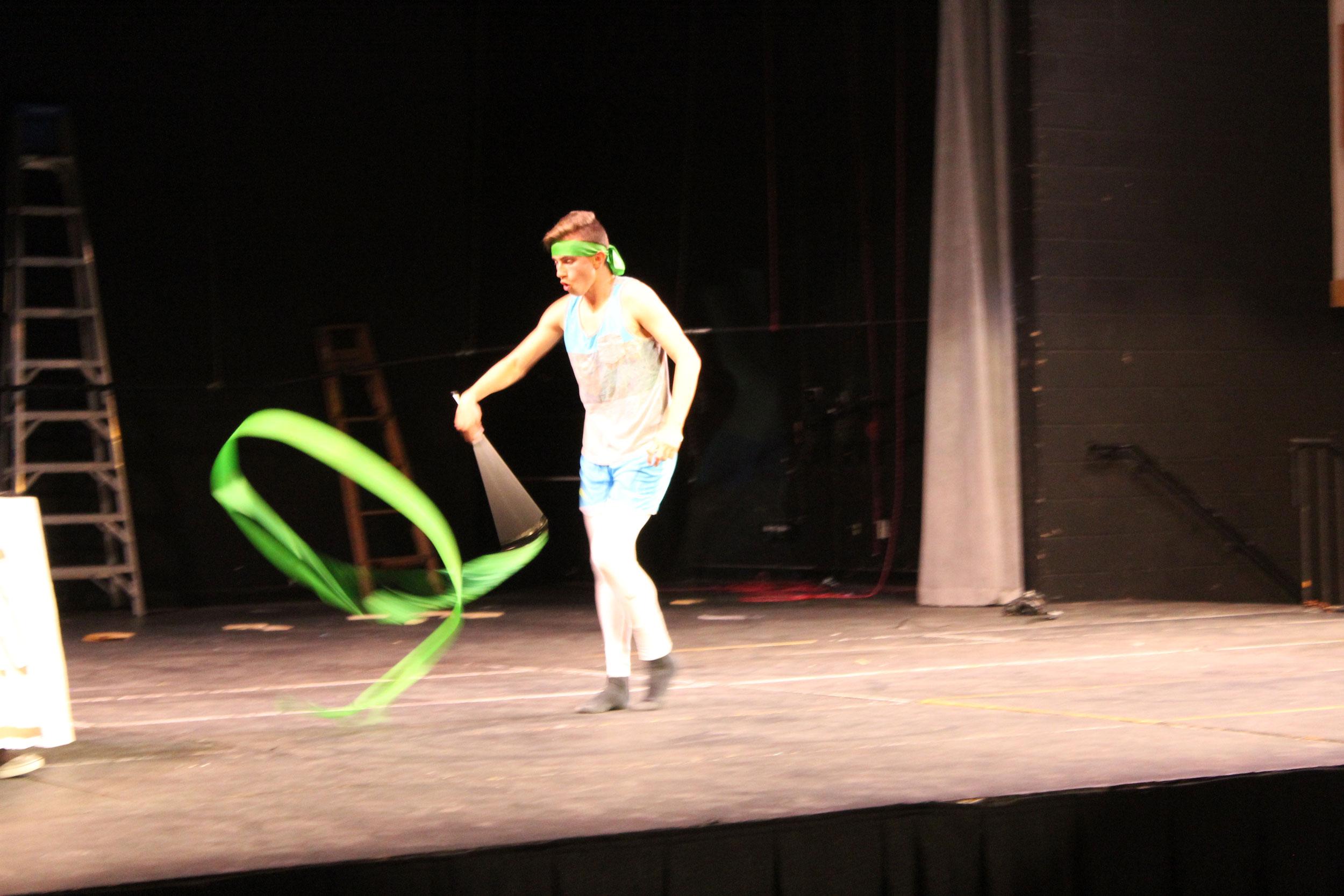 Male students from all grade levels donned wife beaters, business suits and skirts at the Mr. Eagle Pageant on March 18.

The pageant had three components: a runway, a dance and a questionnaire.

Each contestant performed his own individual talent for the runway. The judges watched each of the performances — which ranged from martial arts, to raps and lip-syncs, to being force-fed whipped cream while playing the xylophone — while the audience sat back and enjoyed.

Friedman dedicated his performance to his friend and fellow senior Trent Hall.

According to Friedman’s self-written introduction, “his number one dream in the future is to enter the Hall family, whether by marriage or name change, and have a son named Trent so that he can raise his own Trent Hall.”

I just wanted to ask if I could get some milk with that shake,”

Friedman then sang a comical and heartfelt poem to none other than Hall.

“I really admired the confidence there,” senior and judge Michelle Townsley said. “I wish someone would sing about me that way.”

In the audience, senior Malika Khamidova laughed and agreed that she “felt jealous of [Hall].”

“I wanted to do something original and surprising,” Solny said. “I thought the shock of a football player tap-dancing would be really funny.”

Prior to appearing onstage, Solny felt “nervous and excited at the same time.” However, he “knew [he] would be alright” once he began.

When a member of the audience shouted that she loved Branigan’s hair, his response was straightforward: “I do too.”

The next segment of the pageant involved four dances, one from each grade. Judges graded each dance on a scale of one to 10.

Freshmen Fredy Rivera and Quinn Matulis danced with Solny to “Sexy Back.”

Next, sophomores Joseph Goeken and Sean Mackinnon performed the “Bet You Can’t Do It Like Me” dance challenge.

Juniors Madison McIntyre and Josh Weisberg ballroom-danced with each other. Throughout the dance, McIntyre made numerous failed attempts to catch Weisberg.

Among the scores of two 8’s, one 9.5, a cell phone number was written on Townsley’s scoreboard for the seniors.

“I just wanted to ask if I could get some milk with that shake,” Assistant Principal and judge Bryan Martin said, earning a chorus of oohs from the crowd.

After the dances came the questionnaire segment. Contestants were asked questions that ranged from the Articles of Confederation to whether or not bald restaurant workers should wear hair nets.

Solny said he would “go to McDonald’s” if he were crowned Mr. Eagle.

Upon being asked why, his reason was simply “because it’s McDonald’s.

“A contestant wins over the crowd by being innovative, entertaining and willing to make a fool of himself,” co-host and senior Bree Lam said.

According to co-host and senior Lauren Perlmutter, Solny’s win was the “first time a freshman has been crowned in recent years.”

“Brett really gave it his all, and both the audience and judges loved him,” Perlmutter said.