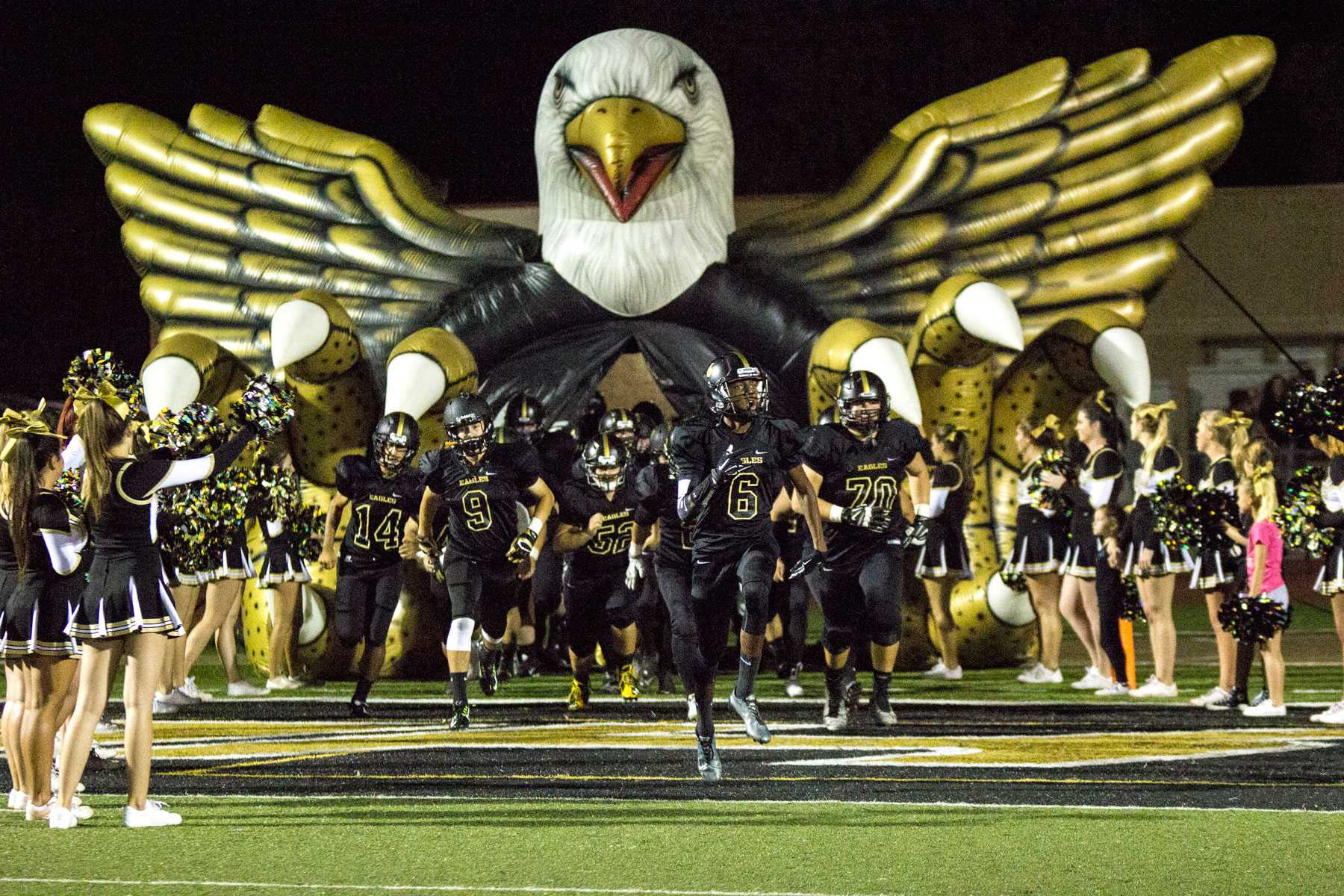 Following a winless 2014 season, Coach Kenney’s squad has leapfrogged its Canyon League foes to join Calabasas atop the standings. Senior quarterback David Schmucker has led the Eagles to new heights this season, forging a prolific aerial attack that was previously absent from the Eagles’ offensive arsenal.

With Oak Park trailing 30-28 with under a minute remaining against Santa Paula on Friday, Sept. 25, Schmucker showcased his talents by connecting with junior wideout Reece Smith on a 23 yard fade route to give the Eagles the lead, and ultimately a 35-30 victory over the Cardinals. Thanks to this miraculous comeback, the Eagles remained tied atop the division. 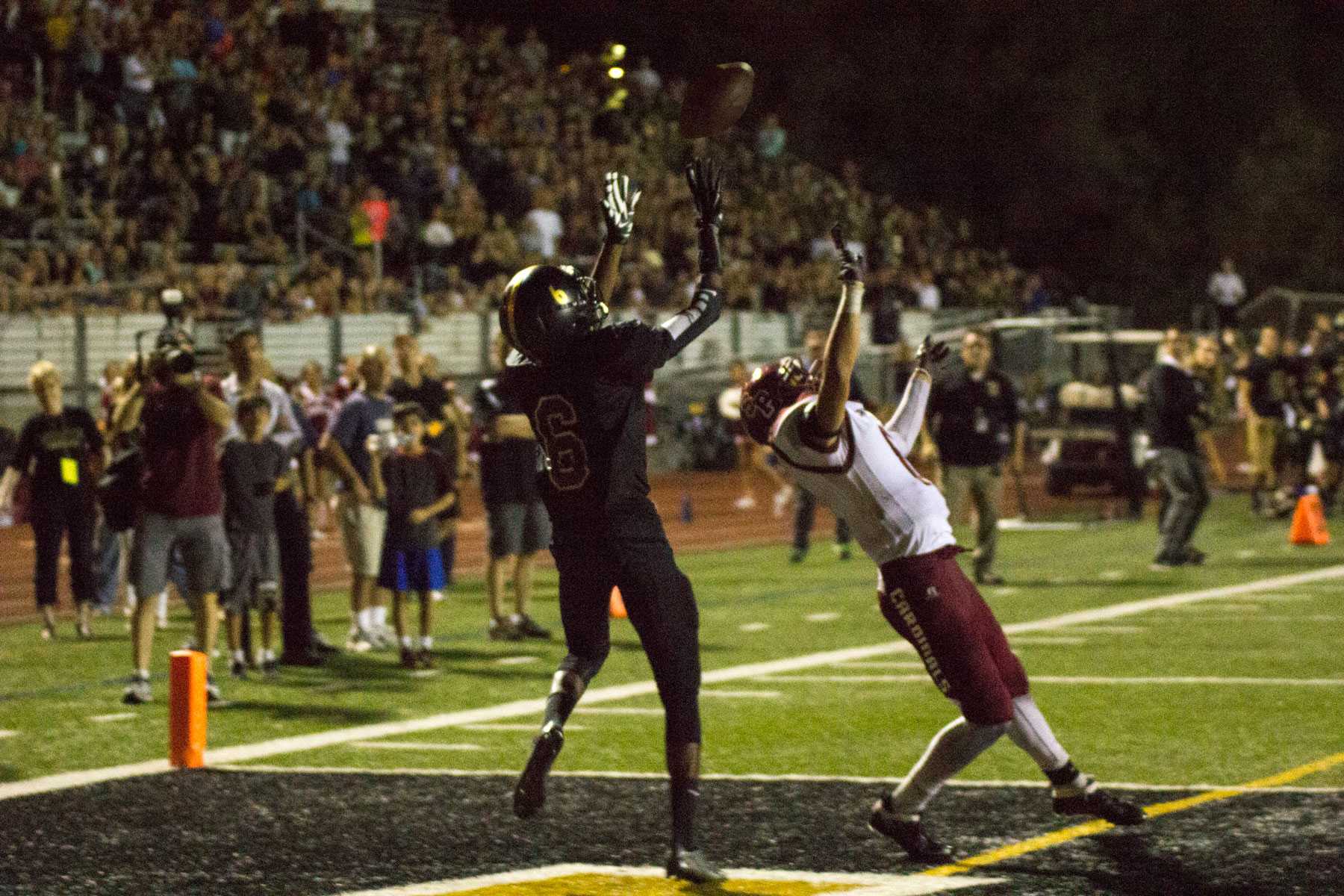 The electric atmosphere present against Santa Paula carried over to the homecoming game versus Viewpoint, as the Oak Park student section known as “The Cage” was completely packed and as raucous as ever. The increased enthusiasm surrounding the team has captured the attention of many Eagles players.

“The student section has been awesome. It’s been packed for both games and it’s certainly a huge boost for us,” said senior long snapper Blake Gifford.

The Eagles jumped out to a commanding 28-0 margin early in the second half thanks to quarterback David Schmucker’s three touchdown runs. Victory seemed inevitable for the Eagles, but Viewpoint quickly responded with two touchdowns to cut Oak Park’s lead in half . The Eagles countered with a field goal to end the half followed by a touchdown early in the third quarter, extending the lead to 38-14. Viewpoint displayed a valiant effort to erase the deficit, but a brilliant run by senior Frank Kaminski late in the fourth quarter sealed the deal for the Eagles, ultimately defeating Viewpoint 45-28. 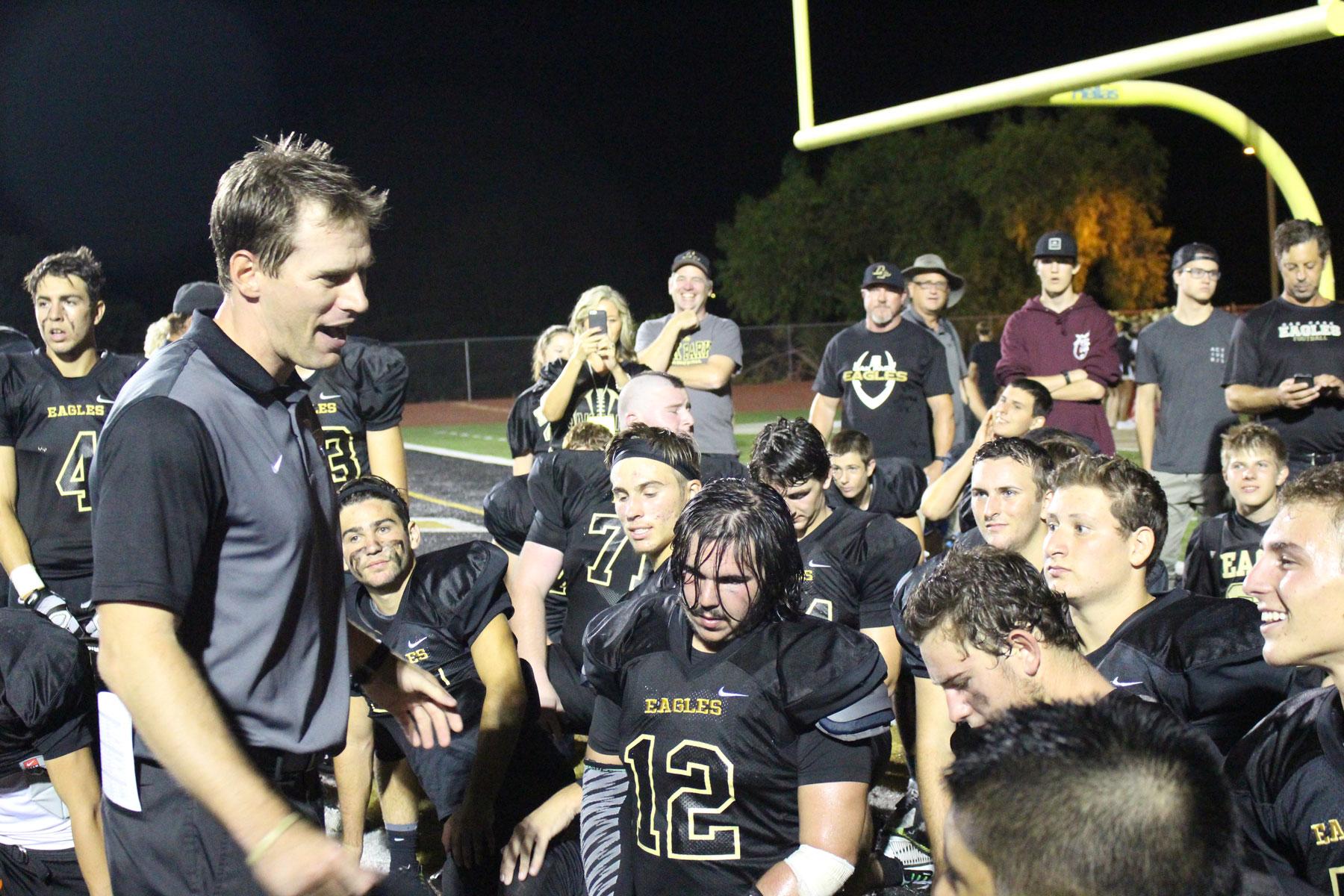 The team’s turnaround has engendered a great deal of optimism surrounding the program, but Eagles fans must keep in mind that the first four opponents that Oak Park faced this year sport an abhorrent 2-23 combined record. While the team’s hot start to the season certainly warrants praise, the Eagles must improve in order to be competitive against more formidable opponents. Senior kicker Ashkaan Khalilzadeh says the Eagles know that they need to step up their game.

“We’ve obviously been extremely successful so far, but we all know that the tough part of the schedule is here now,” Khalilzadeh said, “All the little mistakes that we’ve gotten away with in the past games will be exposed against the tougher opponents that we’ll be facing if we don’t stay focused.”

The Eagles travel to Simi Valley to take on the Pioneers (2-5) on Oct. 23, with a marquee matchup against division rival Calabasas (6-0) taking place Oct. 30.