Counselors Janet Svoboda and Julie Ross recently received awards for ‘educators of the year’ from the Anti-Defamation League, and organization devoted to the cause of ‘no hate.’ The two counselors are associated with this organization through the Advanced Peer Counseling program at Oak Park High School.

“Advanced Peer Counseling has always worked with ADL and they train our students during their retreat every year in how to combat bullying, anti-Semitism and awareness about people in general,” Ross said.

Because of the political climate in America, we felt a strong desire to bring to light anti-hate, bias and increase cultural sensitivity.”

Last year, the counselors tried to align themselves with some of the ideas brought forth by the Anti-Defamation League.

“Because of the political climate in America, we felt a strong desire to bring to light anti-hate, bias and increase cultural sensitivity,” Ross said.

Ross and Svoboda received help from Claire Goldes and Camille Polk, the leaders of the 2016-17 awareness week run by APC, to put their ideas into motion.

“In discussion with our leaders at the time, Claire and Camille, these ideas morphed into ‘no place for hate.’ Therefore, we got ADL heavily involved,” Svoboda said. 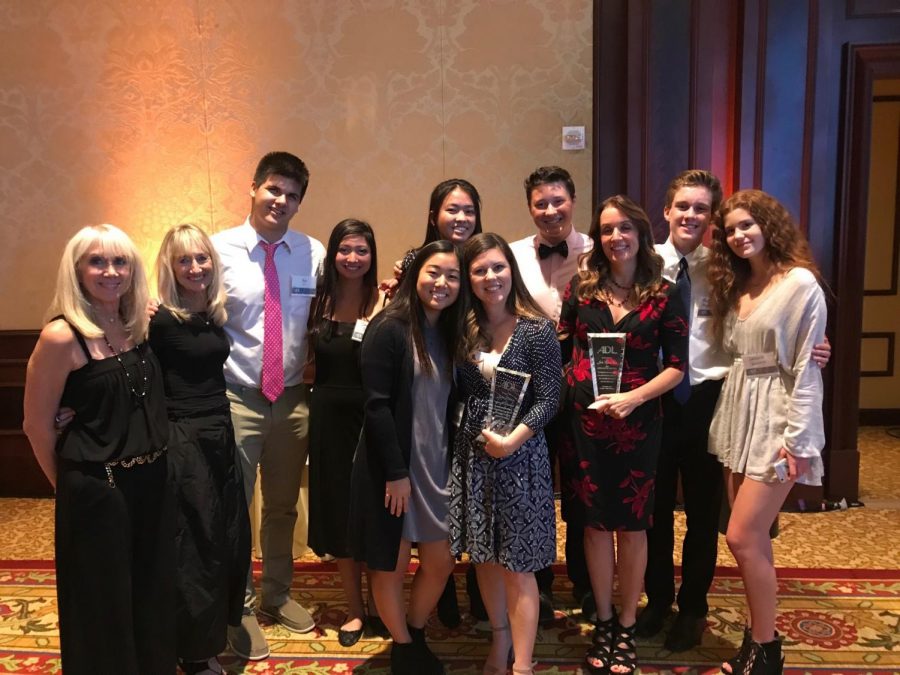 The ADL showed their support for ‘no place for hate’ at OPHS by sponsoring speakers to present at the school. The ADL took the opportunity to observe the other activities put on for awareness week.

“Fortunately, ADL was so involved [in Awareness Week], that they sponsored Judy Shepard to come to our school! We also had an ADL presenter talk about bias and how to create change,” Ross said.

Ross and Svoboda were enthusiastic when they were informed that they were being awarded educators of the year, out of many people in the tri-county area.

“We’ve been involved in ADL and have worked with them for a long time, so they know us well. When we got the call, we almost fell over and were so shocked. It was really exciting,” Svoboda said.

The peer counselors said they were proud of their leaders.

The counselors saw the award as not only representing their accomplishments and work, but also the work of the advanced peer counselors, as it relates to the ADL’s stance on hatred.

“I felt like peer counseling [was getting] recognized, finally!” Ross said.

The awards ceremony took place Nov. 4. According to Svoboda, both of Svoboda and Ross felt apprehensive and nervous.

“It was overwhelming. [It was] bigger than I thought it was going to be! I knew it was at the Four Seasons, and I knew that it was a big deal, so it was a little nerve wracking,” Svoboda said.

When all had settled down, and after cocktails and a three-course meal, Bhasin as well as peer counseling liaisons and seniors Itay Dvir and Serena Yi gave an introduction for the counselors. 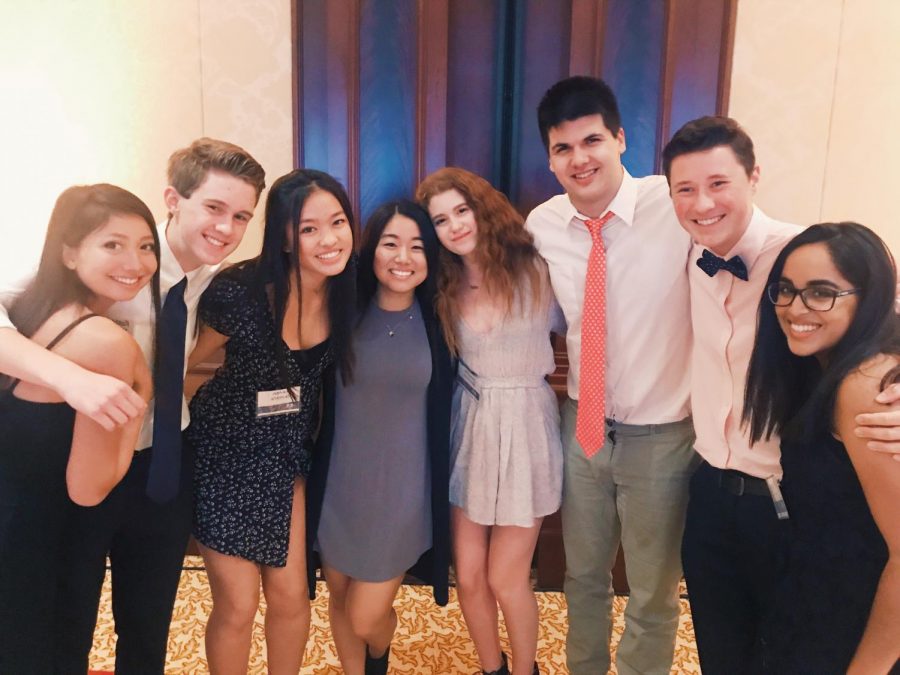 “It was super cool to stand there with Itay and Serena and talk about our experiences with [Ross and Svoboda]. It made us feel like we were able to have peer counseling show their appreciation for them,” Bhasin said.

Ross and Svoboda then gave a short speech and were given their awards. A video presentation depicting the previous year’s awareness week was also played.

“At the ceremony, we said thank-you’s. We let the program be what it is and do its work. The video we showed summed it up,” Ross said.

“It was an honor to be recognized for all of our hard work, because it is a lot of hard work. I think it’s a big honor for our program, peer counseling and the peer counselors … really, all of us,” Svoboda said.

It was an honor to be recognized for all of our hard work … for our program, peer counseling and the peer counselors.”

Ross and Svoboda said they were thankful to have advanced peer counselors attend the event with them.

“We were really grateful for the support from the students who came. It was very heartfelt and meaningful to us to have our wonderful kids there to show off. We were really proud of and happy with that,” Svoboda said.

According to Bhasin, the ceremony was also a momentous occasion for the peer counselors who attended to support Ross and Svoboda.

“It was exciting, yet nerve wracking — because it was a pretty formal event, with a lot of people in fancy suits. Although, I felt honored to be there,” Bhasin said.

Bhasin reflected on the event and how it relates to the counselors and the school, stating that the work the counselors have done has had a large impact on students. 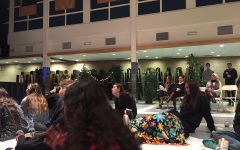 “You get to see that they are teaching important life skills and things that you need to move throughout your place in the world. Because they partner with ADL and because of their work in peer counseling, they have been able to reach so many people,” Bhasin said.

Ross and Svoboda made it clear that they hope that this award leaves a mark on OPHS in a positive way.

“We want to make sure that [the award] goes out. It’s not just for us and our little [peer counseling] family, but it impacts everyone on campus,” Ross said.