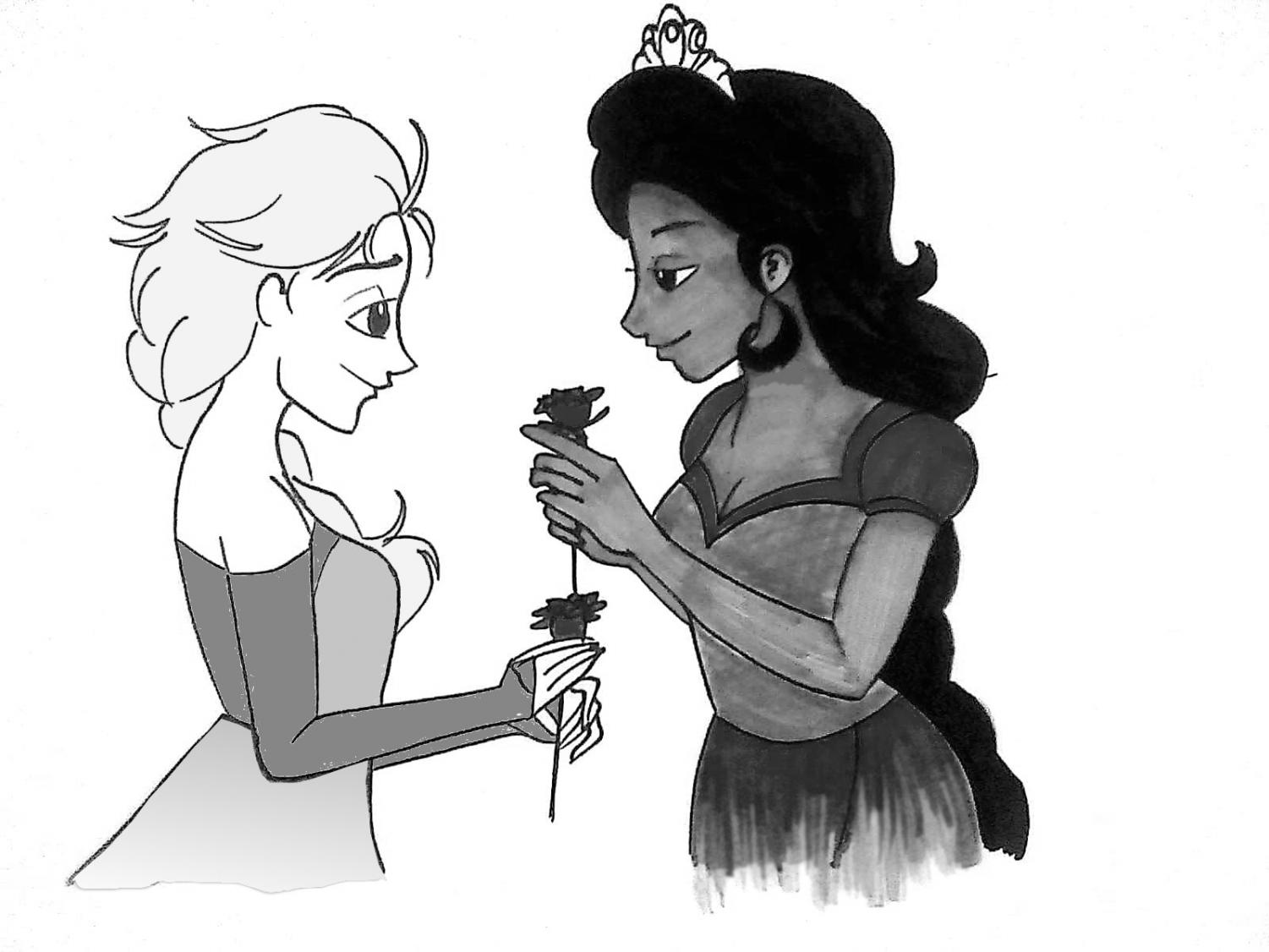 We’re not just going to ‘let it go’

Children are the future. That’s right, your snot-nosed, lucky charms-loving 5-year-old pretty much holds the fate of humanity in their sticky little fingers. If kids ruled the world, I bet things would be less about global warming and nuclear missiles, and more about rainbows and chocolate cake.

Alas, kids don’t have a say in anything. Someday, however, they will. Until then, there are still some important lessons for children to learn. For instance, how they should accept themselves and others despite differences. Most people agree that these ideals must be passed down to the next generation. All we need is a delivery system. Hint: it’s not FedEx. It’s something much more efficient: the entertainment industry.

Nowadays, movies, TV shows and other forms of online media heavily influence children’s thoughts, behaviors and attitudes. Therefore, we need to take advantage of this powerful tool by utilizing screen time to carefully and appropriately introduce kids to all the diversity our world has to offer.

Most recently, Disney seems to be covering up “accidental” representation from the live-action version of “Mulan.” Remember Li Shang? The character is believed to be bisexual due to his attraction to Mulan before he realized she was a woman. Well, he’s not going to be a part of the live-action film. Instead, he’s replaced by Chen Honghui, a character who bullies Mulan because of her incredible fighting skills while she pretends to be a man. But when Mulan is revealed to be a woman, all of a sudden, he promptly falls in love. Chen Honghui’s conduct with Mulan eliminates any chance of him being a “Bi-con” like Li Shang.

However, there’s still hope for LGBTQ+ representation in future media.

A widespread social media campaign for Queen Elsa, from the 2013 film “Frozen,” to be paired with a girlfriend is growing in strength. Elsa is arguably one of the most influential Disney princesses because of her touching internal struggles, breathtaking powers and inspiring personality. If she’s confirmed to be lesbian, it could send a message to kids that love really is an “open door” and that they don’t have to hide their true selves.

Now, I realize that many people are concerned with having LGBTQ+ representation in Disney movies. Parents, in particular, may be wary about revealing the LGBTQ community to their kids. However, according to Children’s Hospital Los Angeles, parents should start to share this part of the world with children as early as three to five-years-old. At first, parents should keep it simple and answer the most basic questions. For example, “Why does that kid have two mommies?” This way, as the child grows and matures, further conversations can be initiated and more complicated questions addressed.

Nevertheless, many adults are still uncomfortable with allowing kids to view content about homosexuality and transgenderism. The problem is: how is LGBTQ content any different from straight, cisgender content?

Heterosexual couples are shown kissing, hugging and holding hands regularly in Disney movies. As of right now, 11 out of 14 of the most popular Disney princesses have scenes kissing their respective princes.

Here’s where things don’t add up. If an adult is worried about their child being scarred by (gasp!) a kiss, why don’t they ban almost every Disney princess movie ever created? What people are looking for isn’t traumatic or passionate LGBTQ+ scenes, but just a cute, loving relationship between two characters who happen to be of the same gender.

Then again, many people argue that such content is too “delicate” to expose young children too, especially when they’re at an age where they can’t accurately and completely identify themselves.

But, here’s the issue: if children are at an age where they can’t identify themselves, how do they know they’re straight or cisgender? Some adults have to realize that kids can’t be automatically labeled as non-LGBTQ. Just because they’re children, doesn’t mean they have to be straight and cisgender.

So, how about a compromise? Let’s treat children like blank slates. Neither gay, nor straight. Cisgender nor transgender. Let them grow up with exemplary characters that are LGBTQ+ and some that aren’t.

Then, as kids grow up, they’ll develop a positive view of all the different kinds of identities. From what I can see, the only result of this is a world of acceptance and equality. Future teens will realize that it’s OK if they are straight, gay, lesbian or transgender. After all, those inspirational, empathetic and heroic characters they grew up with were too.